Cunningham's Camp Escalator was a moving chairlift open c. 1919 to 1968 from a short distance behind the promenade in Douglas, Isle of Man, to Cunningham's holiday camp on Victoria Road.

Cunningham's camp, one of the earliest holiday camps in the British Isles (pre-dating Butlins), opened around 1902 and initially had only steps leading to it from the seafront. The escalator was installed just after the First World War. It is thought to have been built by JT Skillicorn of Onchan. In 1938, a second escalator was provided, both working in only the up direction and running within a wooden shelter.[1]

The escalator last functioned in 1968, after which it was closed off but not demolished. In the 1990s the entrance was bricked over owing to the site being the target of vandalism. Since that time visitors can only view the large red brick and stone archway midway up Little Switzerland Road (site of today's Edelweiss Hotel). Behind the facade remain the turnstiles, and toilets with ceramic tiles and copper pipework, before reaching the approach steps to the escalator. The fascinating design is split into two parts, an "up" and "down" section, and each has its own set of moving wooden seats accompanied by steps for the more energetic.

The system has been left to decay since closure, particularly since being bricked up. An attempt to preserve what remained of the structure in the mid 1990s sadly proved to be fruitless despite the efforts of the individual concerned. At the start of 2013 it was announced that it is to be demolished - Courtesy of Wikipedia

More information concerning Cunningham's Camp can be found by visiting:- 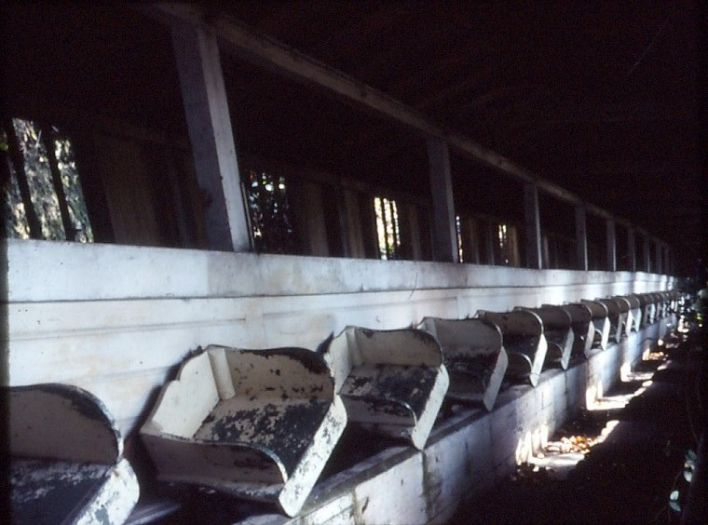 An August 1979 view of the escalator showing the seating arrangement. Prior to demolition, some of the seating and other artefacts were recovered for display at the Jurby Transport Museum. (Photo: Tony Gillett) 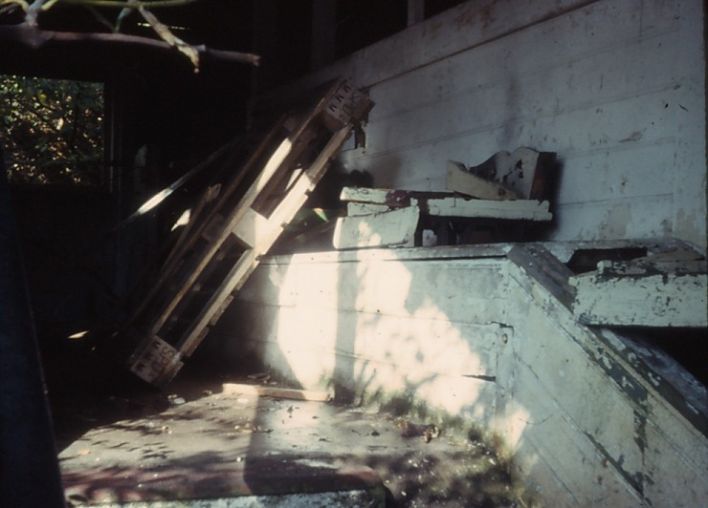 A view of the escalator's upper landing showing the decay which had set in following its closure in 1968. (Photo: Tony Gillett)

At each end of the Marine Drive, cliff lift railways connected the terminii with promenade level: t…

The Port Soderick Cliff Lift, opened in July 1898 having been uprooted from its original location a…

Cunningham's Camp Escalator was a moving chairlift open c. 1919 to 1968 from a short distance behin…