Completion of the £1.5m scheme to provide secure storage for the tramway's historic cars.

‘The new Douglas horse tram depot has been completed - and officially handed over to Isle of Man Transport. Demolition of the old depot at Strathallan, which dated back to 1902 and was described by then Infrastructure Minister Ray Harmer in Tynwald as ’literally falling apart’, took place in December 2018.

Its £1.5m replacement closely resembles the original, at least from the front. The facade of the building features 12 roller-shuttered doors, a parapet and mouldings. Tramcars can be stabled inside on seven lanes, with staff facilities housed in a wing on one side and a booking area and washrooms for passengers on the other. There is also space for a possible cafe or tearoom in the future.’ 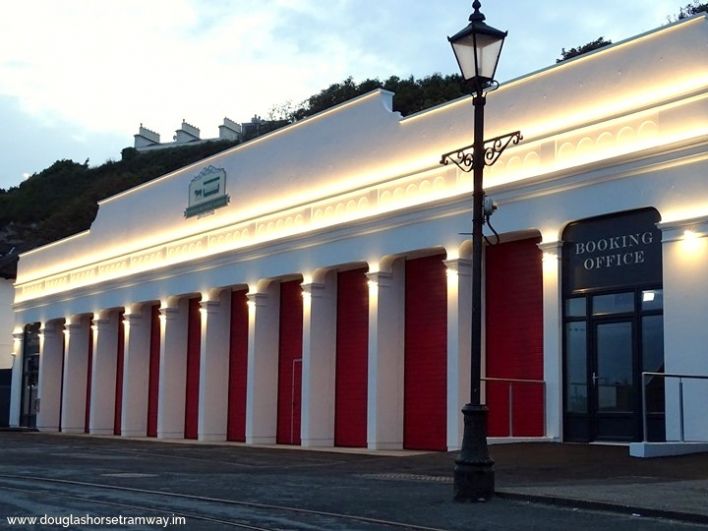