Two members of the MERS committee were recently permitted to visit Derby Castle Depot where impressive work continues on the overhaul of cars both electric and horse. It is clear that there has been a sea change in the culture of tramcar maintenance and with increasing passenger numbers it is clear that there will be a need for further redundant open motor cars and trailers to be returned to service to increase the sumber of sets available from what is now the highest in recent times; 12 sets in peak periods. The management of the line together with the workforce in the depot and indeed the volunteers are to be commended for their efforts. With the work carried out in recent times, the sight of tatty and woebegone MER cars and trailers has become a thing of the past. 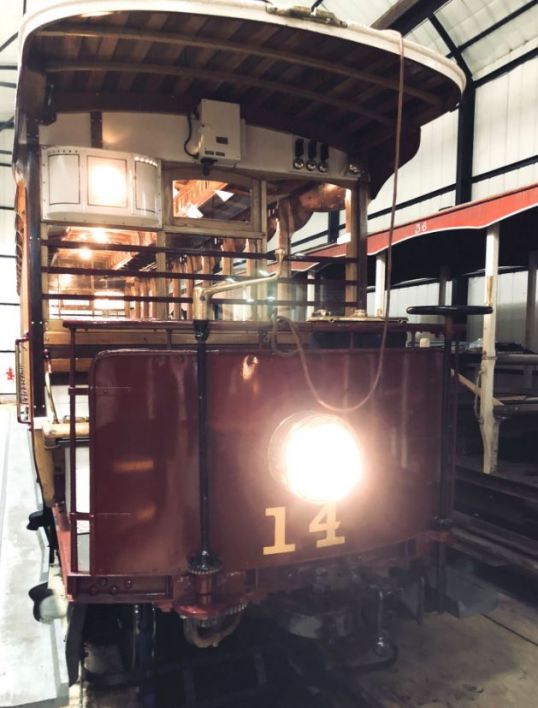 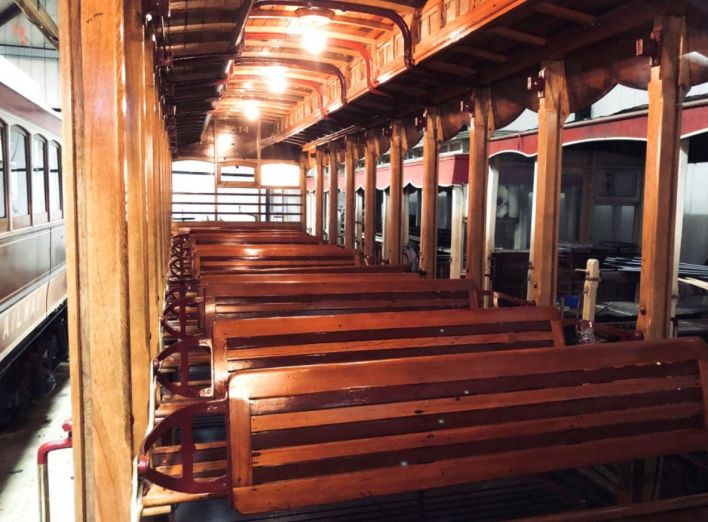 The rebuild of the once derelict 1898 Ratchet car No.14 is almost complete and is extremely impressive; the tram has been restored to 1898 condition and is a supreme example of a museum standard restoration; the result of efforts by paid staff and volunteers over a period of some three years. Recently gold lettering and signwriting has been applied to the car, which is expected to be the centrepiece of the MER 125 celebrations being held in September. 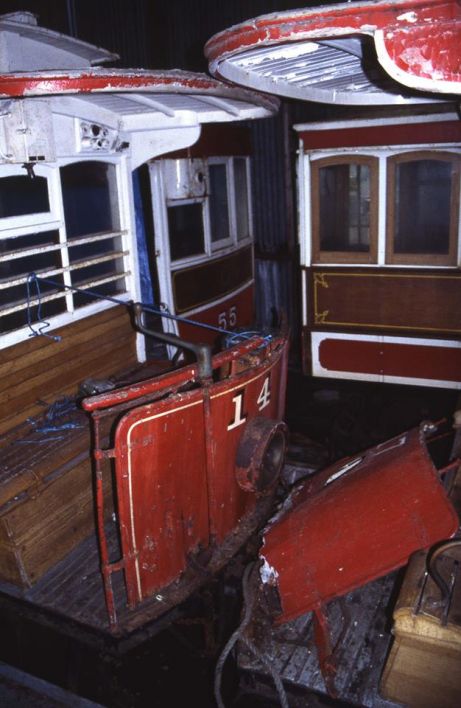 'Was This Anyway To Treat A Victorian Tramcar ?' Ratchet Cars 14 &17 were both the unfortunate victims of collision damage which occurred during the shunting of withdrawn stock at Laxey Car Sheds in the Spring of 1997. Along with the other disused Ratchet Cars and the majority of serviceable trailers, both 14 and 17 had been forced to endure a Winter of open storage to allow displaced members of the service fleet to be accommodated inside Laxey Car Sheds whilst the protracted and far from straightforward rebuilding work was taking place at Derby Castle Depot to provide a new top shed. In this view the damage to both cars is plain to see, as is the blue nylon rope which holds 14’s dash panel in place. Those who viewed the sad, accident damaged remains of Car 14 being shunted back inside Laxey Car Sheds in the early part of 1997 little expected to see the car returned to service at some point in the future.

It will be remembered that Car 14, (along with other stored cars) was once threatened with disposal whilst being stored at the former IoM Road Services garage at Homefield in Douglas, when the former Minister Mr Adrian Earnshaw was at the helm. They were all described as "rubbish" at the time. Fortunately all of the stored stock are now back in safe storage on the MER.

Royal Saloon trailer No.59 is currently under attention and is being treated to a full repaint having undergone work to the bodywork and trucks. The car is receiving IOMT&EP blue livery in the style it carried when delivered to the coastal tramway in 1895, which will be more appropriate than the effort applied during its last overhaul when offset fleet numbers were applied. The reasoning for the previous offset application of 59’s fleet numbers remains open to speculation.

The MERS looks forward to seeing the fruits of further work carried out at Derby Castle Depot.

Grateful thanks are due to Ian Longworth and Steve Hall for information provided during the visit.