In 2015 a plan which involved the destruction and removal of Ramsey MER Station, prepared at public expense which had reached the stage of detailed drawings and serious consideration for public funding was kicked out by the planners, principally on the grounds that it would involve development of a “visually intrusive” nature causing “significant harm to the character and appearance of the area” since access to the new station building, a utilitarian construction akin to modern light railway projects in the adjacent Isle would be through a ‘bus yard.

No doubt heartened by the fact their predecessors had managed to get away with the creation of a bus yard on part of the once magnificent Douglas IoM Railway Station, the applicants for this misguided scheme thought they could get away with this cunning plan.

They have not apparently been deterred by their planning defeat however since they have now presented the Town of Ramsey with a fait accompli. 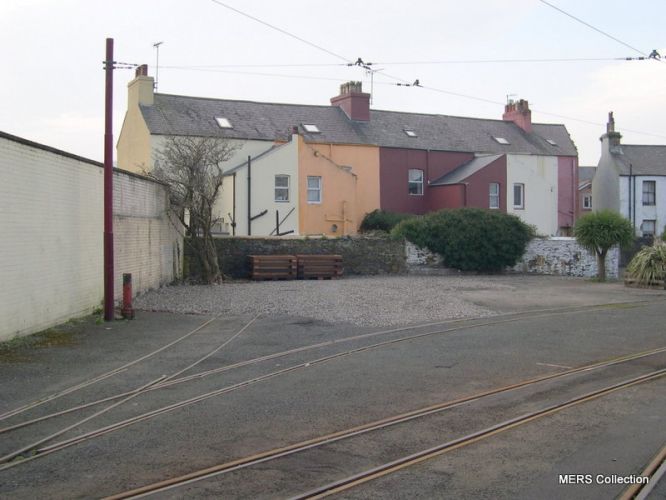 The yawning gap left by the demolition of the MER's 1903 built Ramsey Goods Shed.

The Department of Infrastructure under its new Minister, Mr “Get Things Done” Harmer sent in contractors in the run up to the Christmas period (always the best time to get things done) to destroy the Ramsey Tram Depot and as an un-expected and un-necessary act of vandalism, to smash and utterly remove the 1903 Goods Shed, formerly, ironically the MER Museum. It will be recalled that Anne Craine MHK daughter of Sir Charles Kerruish, had assured the public that the building was safe in her hands when she had it taken over as a youth centre. Ramsey Station would now appear to be abandoned and a temporary terminus has been set up beyond the station throat. So much for 118 years of history. 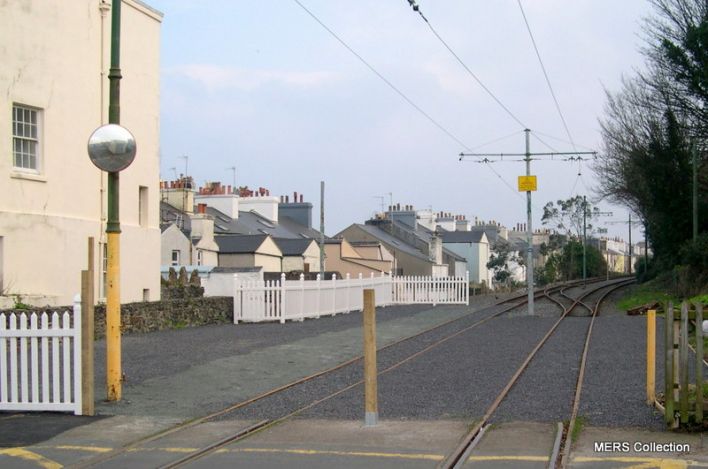 The area formerly occupied by the car shed's head-shunt has been surfaced and provided with white plastic 'picket' type fencing in order to provide an area for the loading/unloading of trams. What might be in store for the MER's traditional station remains unclear at the moment. This view was taken on the 14th February from Parsonage Road crossing, the wooden car shed which was a significant Ramsey landmark for 118 years is notable by its absence.


Of course this has been done at public expense by the very same Government Department that resurrected its failed agenda to remove half the horse tramway having been defeated in the Keys. (They were defeated again but that means little to these people who are not spending their own money). No doubt they feel that by presenting the people of Ramsey with no station at all they will bully them into accepting the light railway station of their design.

All it takes is a Minister who is prepared to “Get Things Done”, and Mr Longworth will surely find a way.

This ruthless action has destroyed the last significant original MER building in Ramsey and has been done without any public debate. It is a calculated and un-democratic action designed to leave no alternative to a hidden agenda determined at public cost behind closed doors and secretly resurrected when it was believed to be dead. It demonstrates that the MER is by no means safe under the Department of Infrastructure.

The MERS calls upon the politicians of Ramsey not to be fooled by this unhappy state of affairs and calls upon the people and businesses of Ramsey to stand up to this. It is neither in the interests of the survival of the MER nor the Town of Ramsey to permit a ruthless and modernistic scheme to be forced through as the gateway to what used to be seen as a tourist attraction. Proper debate needs to take place.

And why is all of this being done? Oh well our population had dropped so we need more houses. Really?