Having remained out of regular use since 2016, in a letter to Ramsey Commissioners, DOI Minister – Chris Thomas has intimated that work to reinstate the MER’s Ramsey Plaza station is planned to be funded from the 2024/25 capital works programme.

It will be recalled that due to concerns regarding the condition of Plaza Station’s trackwork, from the commencement of the 2017 season, temporary station and shunting facilities were brought into use on the south side of Parsonage Road crossing making use of a cramped site formerly occupied by the MER’s car-shed. 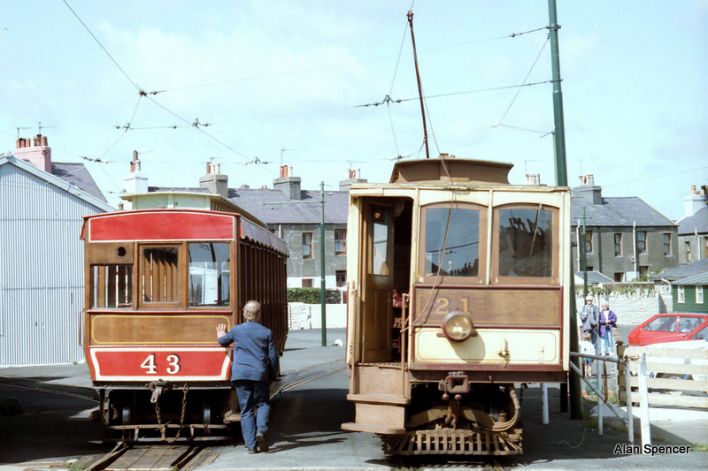 Once very much part of the traditional summer MER scene, gravity shunting takes place within the confines of Ramsey Plaza Station on August 17th, 1992. Former stationmaster Bob Bosscher lends a hand with the manoeuvres as a somewhat faded looking Winter Saloon car No.21 runs around crossbench trailer No.43, in preparation for the return journey to Douglas. The Goods Shed just visible on the left was demolished late in 2016, until 2002 it served as the MER's Visitor Centre. (Photo: A. Spencer)