"The Infrastructure Minister says he's "not hopeful" the horse trams will run on Douglas Promenade again this year.

Tim Crookall's been answering a question in Tynwald this morning.

He also plans to return to the court in June to give a total figure for the project's overspend.” 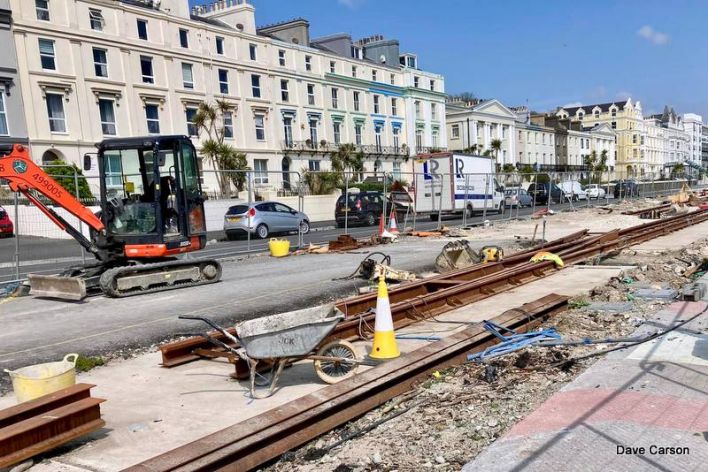 This view of the Promenade at Broadway was recorded on the morning of April 26th, as Mr Crookall was explaining to Tynwald just why horse tramway services have yet to commence. As can be quite clearly seen, a set of points is already in place at what is hoped will be the temporary southern terminal of the horse tramway.

During the sitting of Tynwald, Mr Crookall explained that late delivery of points destined for Broadway is responsible for the delay in the resumption of the horse tramway service. Mr. Crookall's comments can be heard HERE