“Isle of Man Transport has said it wanted to run the Snaefell Mountain Railway this year, but it wasn’t its decision. The decision not to open the tramway for its 125th anniversary has been criticised by supporters and politicians.

To celebrate the railway’s 125th anniversary, Isle of Man Transport shared a picture on its Facebook page showing trams 1, 2 and 5 lined up outside the tram shed in Laxey.

The Garff MHK also shared the written answer she received from August’s Tynwald when she asked for the estimated costs for running a limited service for the SMR and what the breakeven point would’ve been for the trams. 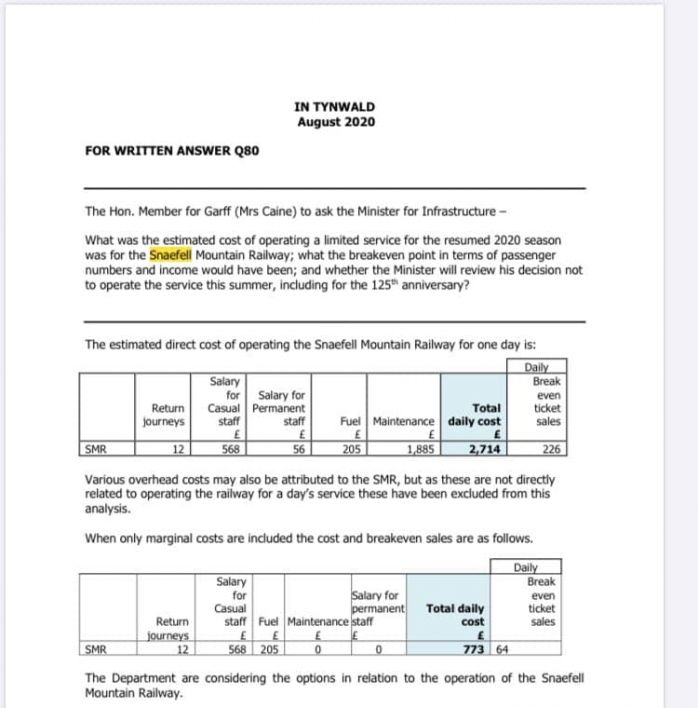 The Facebook posting resulted in the following comments being made:

Stephen Mylchreest ‘Isle of Man Transport why not accept the generous offer made by the railway supporters? Too late now though unfortunately.’

Isle of Man Transport ‘Stephen while we are the operator, that was not our decision to make!’