"Isle of Man Transport department is pleased to announce the beautiful restoration of No.42 Douglas Bay Horse Tram built originally by G.C. Milnes, Voss & Co., in Birkenhead as one of a pair of tramcars delivered to the tramways in 1905. It reportedly only took four weeks between the trams being ordered and them arriving in Douglas in 1905. When delivered it had seating for thirty-two passengers, but this was later increased to forty passengers when the tram was lengthened in 1938. Enjoy taking a ride on this very special tram." 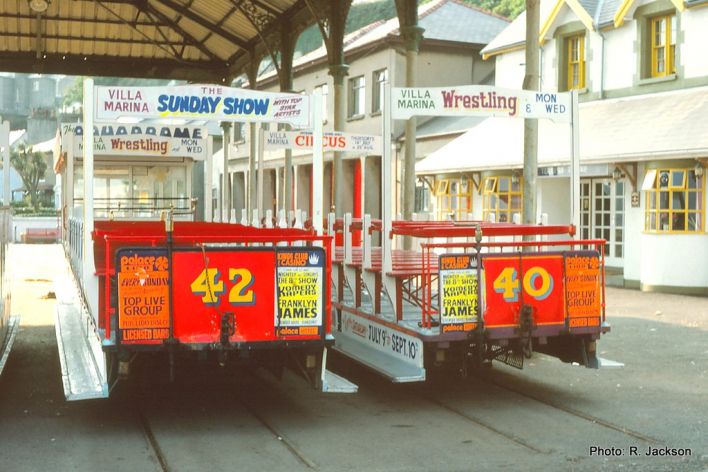 Car 42 is pictured alongside sister Toastrack car No.40 underneath the canopy at Derby Castle on 22nd August 1978.