WAS THE SMR's VICTORIAN ENGINEERING UP TO THE JOB?

Regular correspondent Marmaduke of Douglas has kindly provided the following thoughts and a possible solution to the problems currently being faced by the Snaefell Mountain Railway.

There seems to be a body of opinion that the Victorian engineering on the Snaefell Mountain Railway cannot cope with twenty-first century conditions and requirements.

NOT SO! The Fell rail and its associated brake has never suffered a catastrophic failure. The guide wheels on the trucks engage with the Fell rail to ensure the car cannot derail without destroying the integrity of the wheels, or the Fell rail or both. So these have to be maintained, irrespective of other considerations. All parts of the Fell brake are readily accessible for checking at all times, and the running wheel brakes are available for application at either end of the car. With this in mind perhaps the reliance of using the rheostatic brake could be dispensed with by the reintroduction of the Fell brake for service braking.The maintenance of the rheostatic brake and its complicated control-gear can be dispensed with, thus saving money. 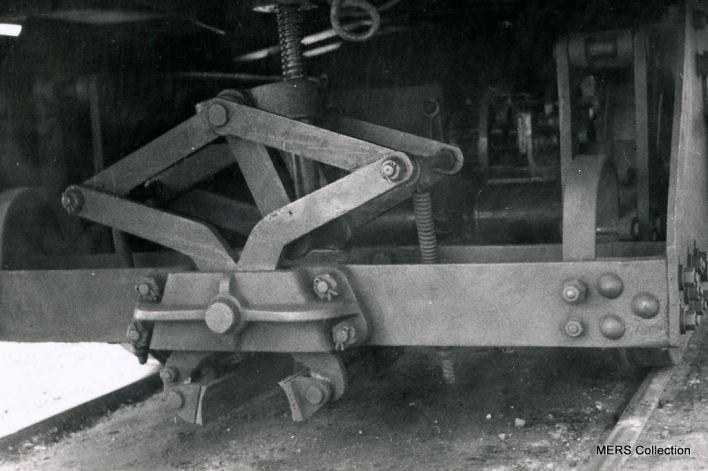 The fell brake gear of a SMR car prior to the fitting of second hand control gear sourced from Aachen in the mid 1970s.

The present problems could be due to the rehashed electrical brakes, which would appear to be badly designed, badly installed and perhaps not maintained as they should be.

However, the SMR management will probably dispute this statement. Can they please point out the faults in this argument ?

As a matter of interest, are the cars of the Snaefell Mountain Railway the only tramcars in the world to be fitted with an onboard compressed air system which do not feature any form of air-braking ?