Keeping The Ordinary Fare Paying Customer Satisfied ? Or Perhaps How Not To ! ***UPDATE*** Rolling Stock Availability & Lack Of Passenger Capacity Causes Problems For The MER & SMR

The Snaefell Mountain Railway appears to have been suffering from a severe shortage of serviceable cars recently, which can backed up by observations made at Laxey and the Summit. Also, a number of very damming reviews have been posted on the Trip-advisor website by disgruntled passengers who evidently were less than impressed by the poor customer service provided by Isle of Man Transport. 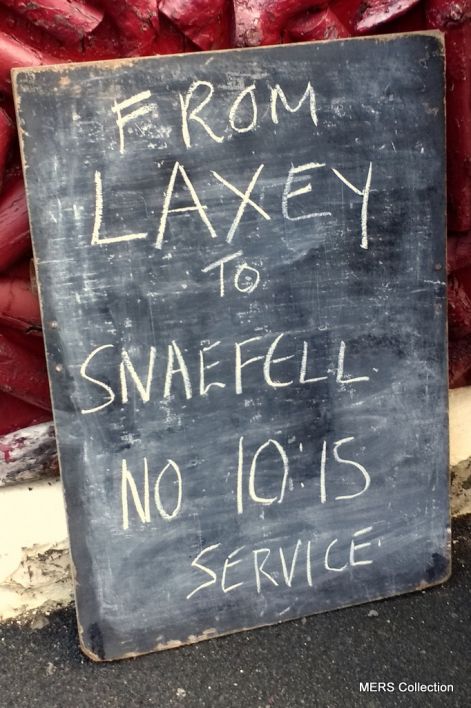 With the destruction of Car 3 in March 2016 and the grounding of Car 2 following its recent runaway adventure on the mountain, the line would seem to potentially have only 3 cars available for traffic at the time of writing. 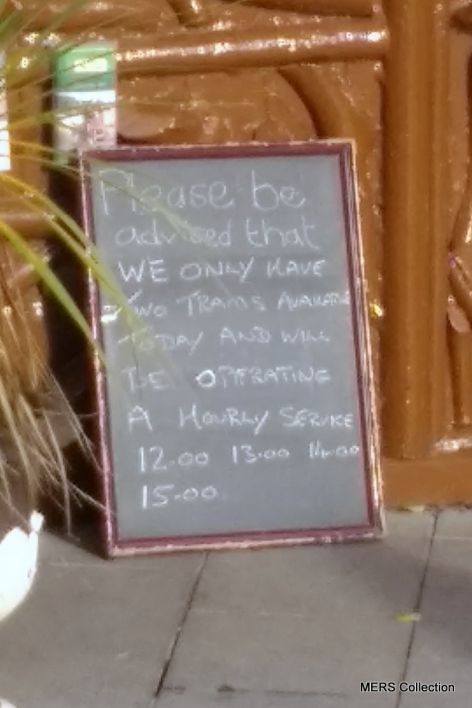 Matters took a turn for the worst in September when it is believed that on both Monday 11th & Tuesday 12th only two cars (Nos. 1 & 6) were available to operate the popular service. 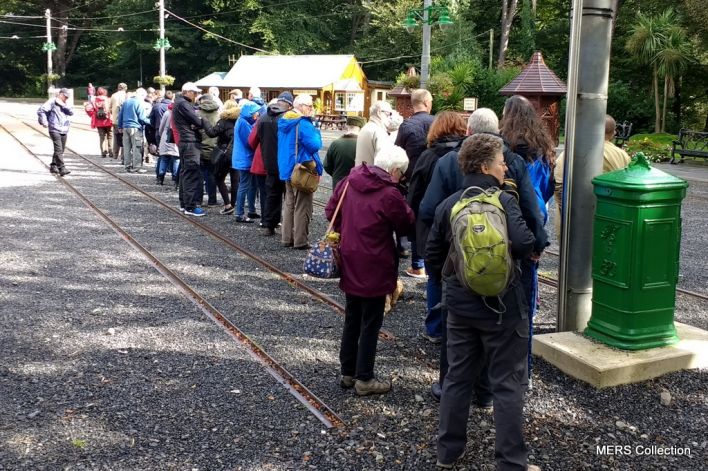 With Car No.6 having left full, customers await the arrival of No.1 at Laxey. Those not quite so patient simply walked away to the detriment of the railway's revenue and the Manx taxpayer. The current adult return fare from Laxey to the Summit is £12, whilst returns to the Summit from both Douglas & Ramsey are pegged at £14. Similar queues of frustrated passengers formed at the Summit, awaiting the return journey to Laxey. Assuming the above queue is formed of passengers who originated from either Douglas or Ramsey, the number of customers would seem to represent somewhere in the region of £550 in terms of income for Isle of Man Transport. It is not known how much income is being lost due the railway's inability to carry all of those who wish to travel on the heritage railways. 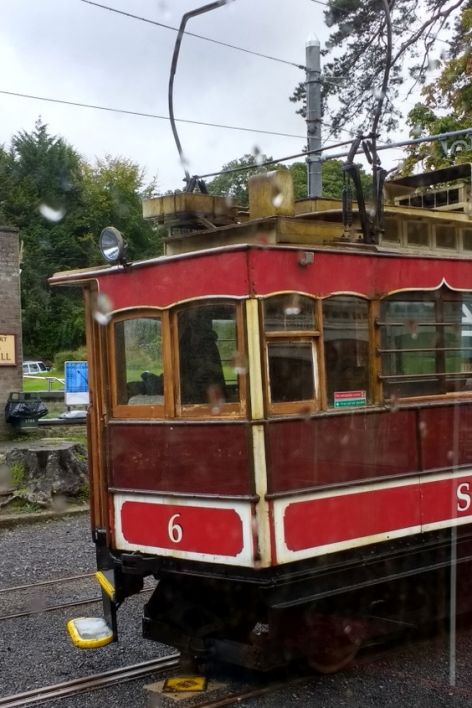 Rock bottom was hit on Sunday 10th when it is believed that a solitary and very tatty SMR Car 6 struggled to provide some form of service which resulted in potential passengers enduring a lengthy wait to ascend the mountain. The woebegone appearance of Car 6 is probably attributable to its recent deployment on works duties, it is thought that its recent use has been on a last resort basis. 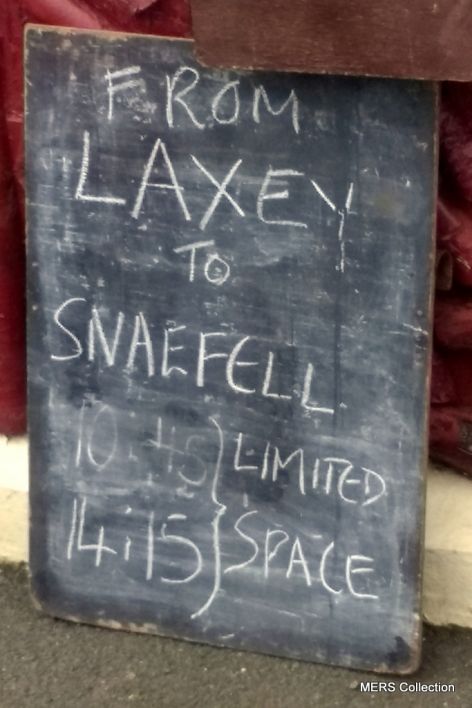 As far as the absentees are concerned, Car 4 has yet to return to passenger use following its protracted overhaul and the bizarre application of a curious green livery which bears little resemblance to the scheme adopted when the electric railways passed into government ownership in the late 1950s. The car is rumoured (although not yet confirmed) to be the recipient of plastic stick on lettering. It is understood that No.4 is sitting on the straightened trucks of ill-fated No. 3, which were bent when the car tumbled down the slopes of Snaefell. Car 5 remained tucked up in the Laxey Depot presumably due to being unfit for service. 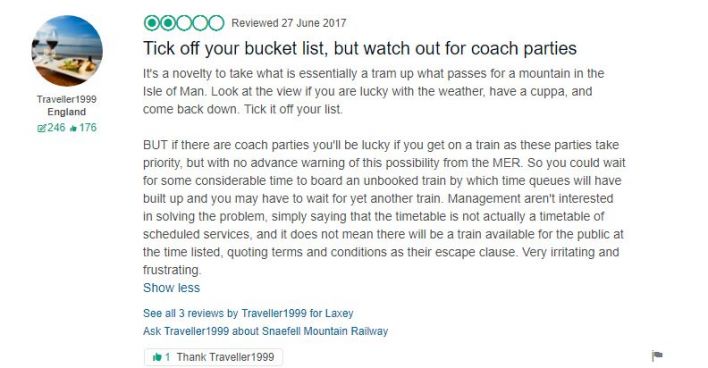 Isle of Man Transport posted the above comments on its Facebook page on 14th September 2017.

The SMR is not alone in struggling to cope with passenger demand. The MER which no longer appears to operate special car sets in between advertised service cars, is at times failing miserably to cope with demand, which has lead to disquiet amongst those who have been left behind to wait for space on the next available departure. Such occurrences were especially notable during this years Southern 100 motorcycling event.

The 9.40am service car from Derby Castle seems to be particularly badly hit despite the better efforts of the traffic staff on duty. The time honoured practice of accommodating coach and cruise ship passengers on extra cars has has been largely abandoned, they are now carried on normal timetabled service cars. It is not uncommon to observe normal fare paying passengers being crowded off timetabled service cars by the early arrival of coach parties at Derby Castle, before other tourists have left their holiday accommodation. The problem is exacerbated when low capacity Tunnel Cars are rostered on the service, especially No.5 which offers a mere 32 seats. Certainly during the early Summer, for those unfortunate normal fare paying passengers who have been left behind by full service cars, attempts were made to allocate seats on the next available service car by the use of numbered raffle tickets. This practice now appears to have ceased. 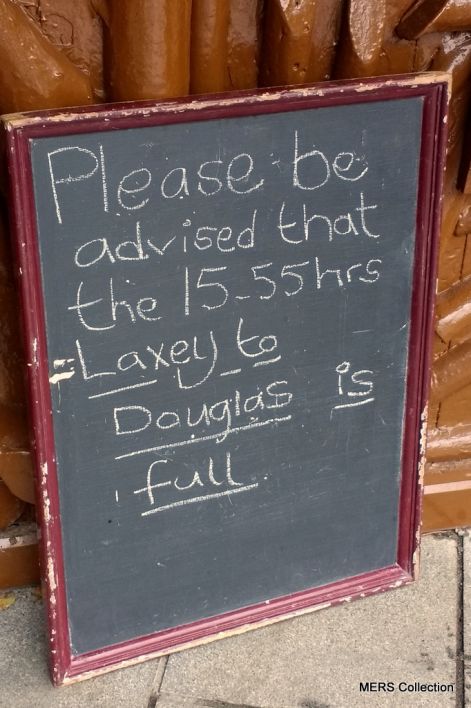 It is believed that the 15.55 service from Laxey on Sunday 10th September was unavailable as it was reserved for a coach party who were returning to Douglas from Snaefell.

The above account is based on the personal observations of several individuals made during the course this year's operating season.

What do you think ? Let the MERS know, email us at [email protected]